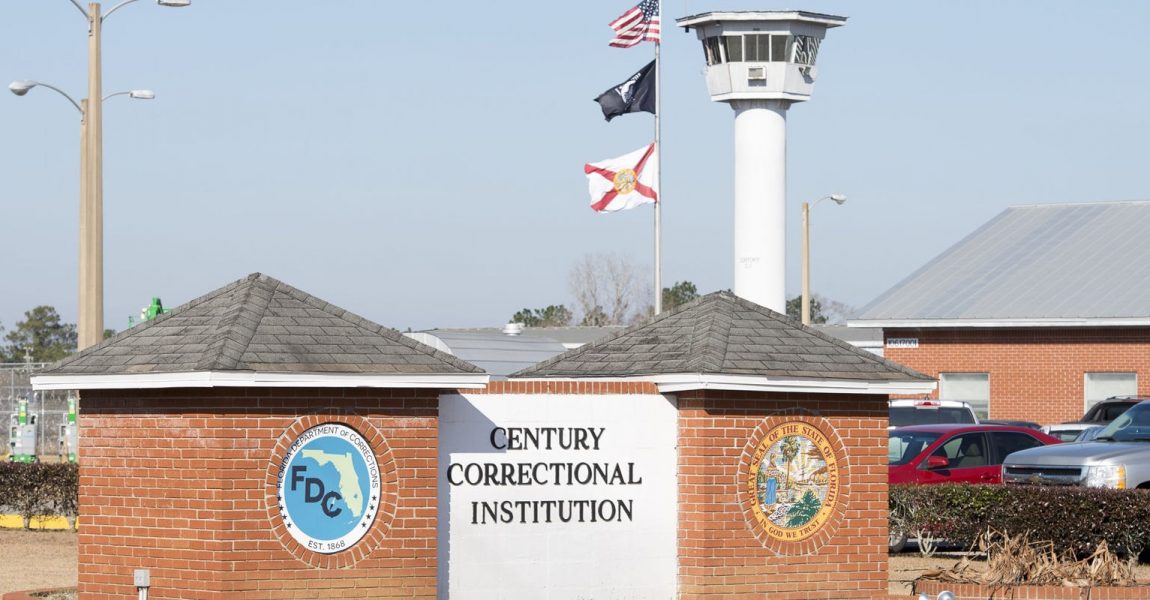 Inmates at the Century Correctional Institution are still drinking bottled water and flushing toilets with buckets of water as the prison’s new water supply is under a boil water notice after it lost its main water source last week.

The main water supply to the 1,345-inmate prison was a well operated by the town of Century. The well failed earlier this month, and the prison has had to connect to a new water supply from Central Water Works Inc., according to Century interim city manager Vernon Prather.

When a temporary connection was put in place between the prison and Central’s water supply last week, the higher water pressure from Central caused the prison water system to fail, and inmates were left completely without water for several days.

The issue was repaired on Monday, but this week, Central Water Works issued a boil water notice for its entire water system after a test conducted in April revealed E. coli bacteria in some of its ground water well samples.

Central Water Works is based in the Bryneville community in north Escambia County and provides water service to about 1,000 customers in the McDavid and Century areas as well as Flomaton, Alabama.

Nikki Davis, whose husband is an inmate at Century Correctional Institution, told the News Journal that inmates can shower but are still being given bottled water and told not to drink the tap water.

Davis said her husband, who is a cook at the prison, was unable to shower for a week and said the issue has caused a lot of worry, especially with the coronavirus pandemic.

“These people in the kitchen staff were not showering for pretty much a week (and) are feeding inmates while a virus is going on,” Davis said.

No inmates have tested positive for COVID-19 at the Century Correctional Institution, but only three inmates have been tested, according to numbers from the Florida Department of Corrections.

One staff member at the prison has tested positive for COVID-19.

“To have a person that’s already in that situation, whether they’re guilty or not guilty or whatever the situation may be on, that is just inhumane to me,” Davis said.

Nearly 190 “close custody” inmates were transferred out of the prison on Sunday because of the water issue.

Prather said the well that supplies the prison was in operation for more than 30 years, and the town started looking to replace the pump in November. The town was already in the process of working out an agreement with Central Water Works to provide water to the prison while the pump was replaced, but the pump failed before any work could begin.

The Florida Department of Corrections responded to multiple inquires from the News Journal this week about the situation at the prison by saying the department was working on providing answers, but as of Friday afternoon, DOC had not provided any kind of response.

John Kolodziej, warden of the Century Correction Intuition, responded Thursday to an email from Davis that she shared with the News Journal. In the email, Kolodziej said each inmate receives just over a gallon of drinking water each day through eight, 16.9-ounce bottles.

Inmates are also provided “bulk water” to flush toilets in the prison. One hundred portable toilets with washing stations have been brought into the prison.

“The facility has been managing this emergency since Monday, May 4, and has had and still has a solid plan of action moving forward,” Kolodziej wrote. “We anticipate a secondary water source to be in place by next week.  Until then, a temporary water supply is supplying the facility. I can assure you that appropriate measures have been and will continue to be taken to ensure the sanitary conditions, availability of water and the continuity of operations.”